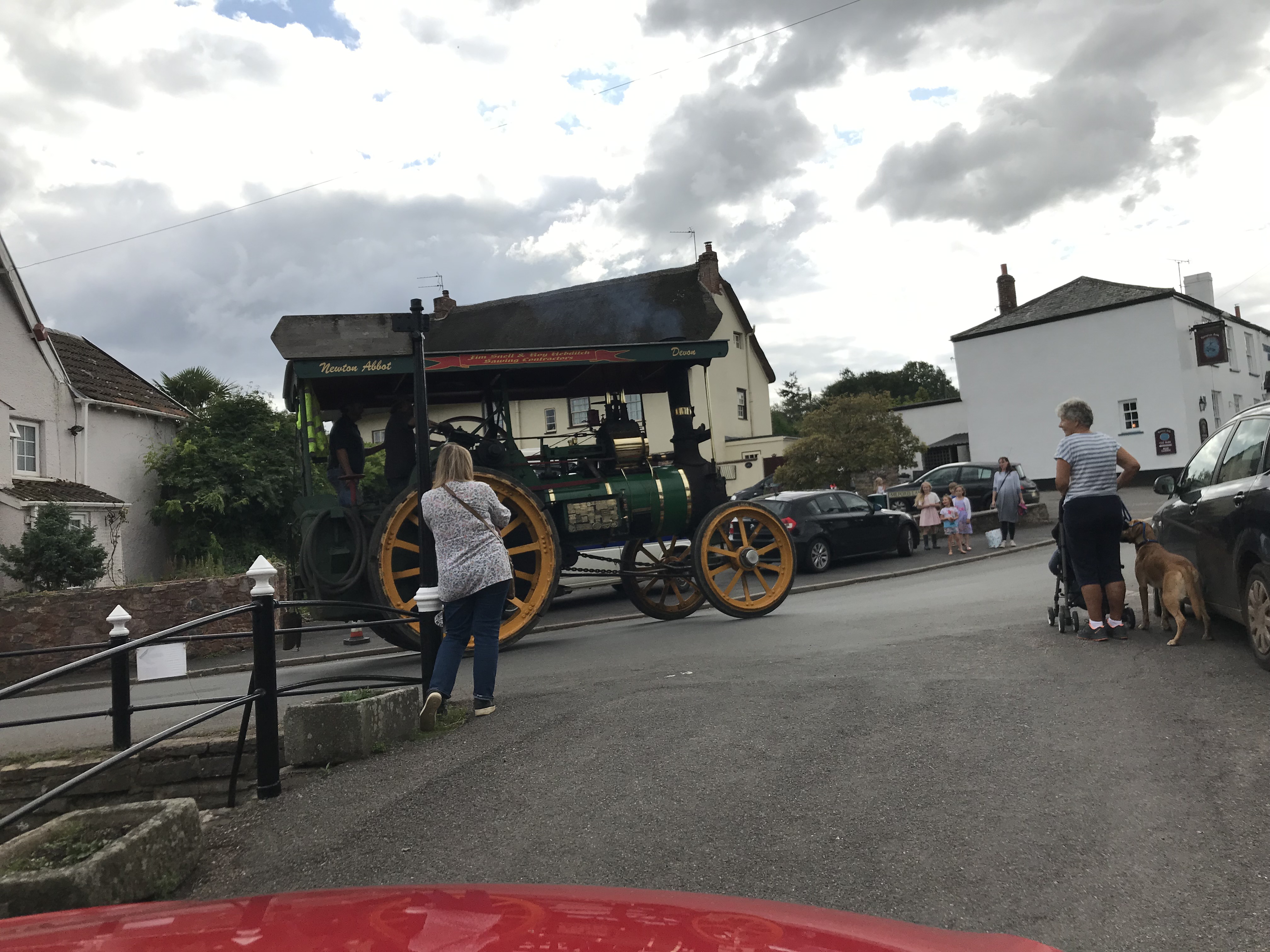 I had a busy weekend playing on Friday at Mick’s 50th in Paignton, where I consumed way too many beverages and ended up on Saturday morning at Torbay hospital. The wonderful staff put me under observation and a on a drip and established over eight hours that I had been a stupid berk!

I had to rush to a show in Thorverton called Thorfest, arriving 20 minutes late. Phil, our talented guitarist, kicked off the hour-long set by singing the first three songs of the set for me (Commercial Rain,Joe and Directing Traffic). I would have been there earlier had I not been delayed John Cleese-like (have you seen Clockwise?) by a slow traction engine blocking the last 80 yards of my journey. The second band show on Saturday was at Bideford’s Palladium Club which was lovely, and what a fantastic hotel Ben Nigh put us up in.

Shows coming up include The Flying Coach in Stockport on September 20th and Kar-pets shows in Hyde and Glasgow on September 27th and 28th respectively.

New beer and a new solo album are in the offing too, its going to be a busy end to 2019.